Полная версия сюжета на английском языке (под спойлером):
Intro: Leo voice-over as we open with three of the Turtles walking through the sewers in their monster-trapper gear. Don is the only one missing... except he isn’t exactly missing, he’s just been turned into a monster and now he’s coming for his brothers!

Act 1: Open in April O'Neil’s apartment as she's about to go on a date with Casey Jones. April is decked out in biker gear, but Casey arrives in a suit and tie - apparently there were mixed signals because O'Neil was expecting a romantic bike ride while Jones made reservations at a fancy restaurant that April wanted to go to. Unfortunately before they can depart, the Turtles show up in need of help. Don is sick and can’t go monster hunting with his brothers, so April and Casey agree to take care of him for the night.

Cut to the three other Turtles as they enter an electrical plant filled with mutant monsters. As they use their monster trapper gear to try and contain the outbreak, Mikey accidentally knocks out the city’s power.

Back to April’s apartment, Don's condition is getting worse. With the power out, Casey and April go to look for a flashlight. Suddenly, the wound on Don’s leg erupts and he begins to mutate into a monster!

Act 2: April and Casey come back with the flashlight and find the hulking form of Donatello. As they approach the suffering mutant, he flees out of the apartment.

Meanwhile at Bishop’s headquarters, four surgeons work on an unseen patient. As the doctors finish their work, we discover that the patient is a grotesque version of Baxter Stockman - now half monster, half machine!

April and Casey go to the basement where they find Donatello - his monstrous mutation now complete. Donny now looks like some kind of prehistoric monster with large fangs and a nasty attitude. Casey tries stalling the new version of their turtle friend as April calls his brothers for help.

Cut to the other Turtles as they continue their fight with mutant monsters. Leo is pinned to the ground when he receives the call. April screams something about a monster and Donatello before she's cut off. Leo advises his brothers to hurry up and finish the fight because April and Don are in trouble. In short order the beasties are defeated and our heroes head for April's "2nd Time Around" shop.

Act 3: Back in the basement, April and Casey are cornered by an angry Monster Don. Casey tries to hold off Donatello to give April a chance to escape, but she's paralyzed with shock. Monster Don tosses Casey into a wall and stalks April.

Back in Bishop's laboratory, Stockman awakens and is dismayed to discover that he's been brought back to life in this hideous form. Bishop informs the doctor that he had to be revived in order to use his mental abilities to stop the mutant epidemic in New York City. Baxter falls to his knees and cries out in anguish over his fate.

Act 4: Meanwhile, Monster Don is just about to grab April when Raph, Leo and Mikey arrive and attack. Seeing that he's outnumbered, Monster Don flees into the sewers. The guys ask where Donny is and April informs them that the monster they just scared off is their brother.

The Turtles realize that they're going to need help curing Don, so they seek Leatherhead's assistance. The scientific gator discovers that Don's DNA has been mixed with the mutant monster DNA that Bishop and Stockman used to fake their alien invasion in Episode 87. Leo remembers that Don had been infected by the cockroach monster in Episode 95.

Leatherhead informs the Gang Green that he cannot cure Donatello - but he will help them capture him, using a cage that he and Don had built to hold the mutant creatures now running amok in the city.

April and Casey use the Battle Shell to track Monster Don. Our heroes decide that Mikey will be used as bait to lure Don to the cage. Mikey reluctantly goes off on his own and soon finds his mutated brother. Monster Don chases Michelangelo to the right spot, and Leatherhead is able to force him into the trap.

The Turtles take their ailing brother back to the lair where Master Splinter mourns the condition of his son. Now the only question is... how to cure him!
Просмотр ВК: 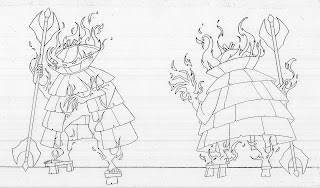 Here are my comments on the Ep. 101 outline.

1.) When the power goes out and April's apartment goes dark, and Casey and April have to go downstairs to try to get the emergency generator going, I wonder if it would make sense -- and add some fun "scary" lighting possibilities -- if they have one flashlight that they are using to find their way around in the dark. Or maybe a couple of candles.

2.) It occurred to me as I was reading the scenes where April and Casey are following mutated Don around April's building that it seemed odd that at no time do they try to contact the other Turtles via a Shell Cel. Don they no longer have these?
(Okay, now I see that AFTER Monster Don follows them back upstairs and attacks them, April makes a call. Doesn't this seem kind of late? And wouldn't a frantic call from April to Leo right in the middle of the Turtles battle with the mutated monsters be a great way to ratchet up the tension?) 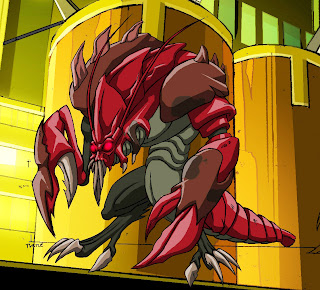 Here are my comments on the Ep. 101 second draft.

Mike's line seems totally superfluous and unfunny to me (and why do "his eyes widen"?). I'd lose it, and change Leo's line to "Well, no. This outbreak is way more than we can handle."

"WIDER - the BIGGER, BADDER LOBSTER at LEO like a tarantula, knocking the katana out of his hand and knocking Leo onto his shell, landing on Leo’s plastron.
BIT CLOSER - Leo blocks the lobster with his shooter. There’s a . With his free hand, Leo grabs his SHELL CELL.
LEONARDO
Hello. "

Leo answering the phone in the middle of a fight is just painfully dopey.

"BISHOP
I had your brain recovered from the bottom of New York’s East River. It was lying there…lifeless, after your misguided sabbatical. "

"Lifeless"? So now Bishop can bring people back from the dead?

"Its tongue dangles crazily out of its mouth"...? Seems very silly.

"MONSTER DON’S POV – Casey and April, terrified, clutch themselves as the footsteps of Don continue toward them. They back up more and more, past the door to Kirby’s room. Don moves directly in front of the door.
CASEY
April! I think this is really “it”!
APRIL
I can’t believe it’s going to end like this!!!"

Hmm... April and Casey "clutch themselves"? Does the writer actually intend that they should clutch EACH OTHER? This is a dopey bit -- it seems really silly that Casey and April would give up like this. At the very least Casey should prepare to make a heroic gesture such as attacking Monster Don to distract him long enough for April to escape.

"APRIL drives wearing a HEADSET. Beside her CASEY holds a TRACKER. It’s . Through the window we see STREET SCENERY. An is heard through April’s headset.
APRIL (CONT’D)
We’re getting a Don reading - he’s headed towards Central Park. Still underground, but it looks like he’s making his way to your new home."

How, exactly, is April able to track Monster Don?

"LEONARDO
We’re coming on the lair, and Don IS CLOSE, REAL CLOSE, about 50 feet ahead! Someone will need to lure him to us while we set up the containment unit."

First, there's an "on" missing in the first part of the first line -- it should read "We're coming up on the lair..." Second, let's not insult the intelligence of our viewers -- I think people will realize that fifty feet is close without having Leo go "CLOSE, REAL CLOSE".

"ON THE CONTAINMENT UNIT – the front doors swing open releasing a strong gust of SUCTION WIND accompanied by .
WIDE ON TUNNEL – Monster Don staggers in the direction of the open doors. The suction from the trap pulls a resistant Monster Don towards it and sucks Monster Don into the trap. "