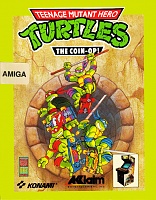 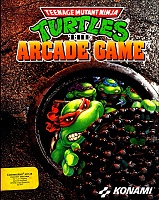 Платформа: Arcade, NES, Amiga, Amstrad CPC, Atari ST, Commodore 64, DOS, ZX Spectrum, Sharp X68000, Xbox 360 (XBLA)
Дата выхода: 1989(NES)1990(Arcade)1991(Computers)2007(Xbox 360)
Жанр:Beat'em up
Издатель: Konami,Ubisoft,Ultra Games
Описание:
The player chooses from one of the four Ninja Turtles: Leonardo, Michelangelo, Donatello, and Raphael. After Shredder kidnaps the turtles' friend April O'Neil and their mentor Splinter, they must give chase, save their comrades, and defeat the evil Shredder. Up to four players (two in some versions) can take control of any of the turtles. Donatello has slower attacks but a longer range, Michelangelo and Raphael have fast attacks but a short range, and Leonardo is a well-rounded Turtle with average range and speed.

The controls are fairly straightforward. The eight-way joystick controls the movements of the Turtle, the jump button makes them jump and the attack button makes them hit in front of them using their weapon. In addition to this, some combinations are possible. The Turtles can throw Foot soldiers overhead, and by pressing the jump and attack buttons, a special attack is performed. Raphael rolls along the ground and finishes with a kick, while the other Turtles do a jump attack with their weapons. In the attract mode, the game showed the first part of the cartoon opening, along with a portion of the Teenage Mutant Ninja Turtles theme song.

The majority of the enemies the Turtles must face are the Foot Soldiers. They wear a different colored uniform depending on what weapon they have. The bosses in the game includes Bebop and Rocksteady (individually and together), Baxter Stockman, two Stone Warriors, Krang, and Shredder himself.
Скриншоты:
NES 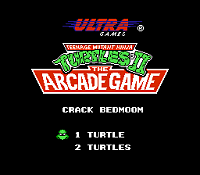 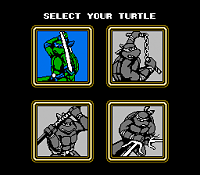 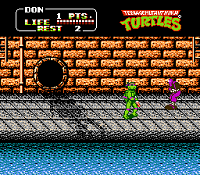 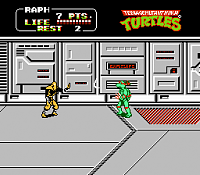 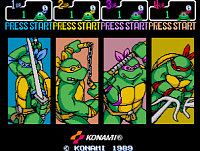 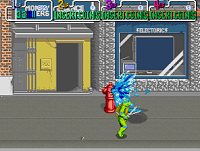 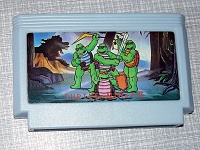 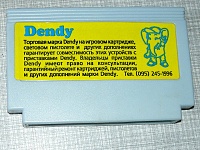 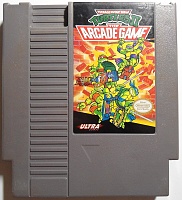 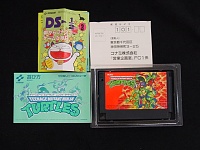 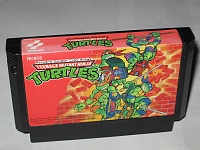 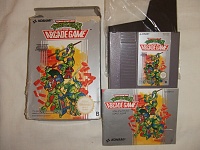 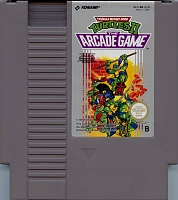 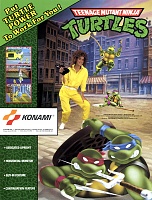 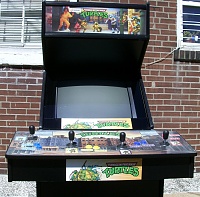 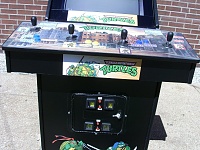 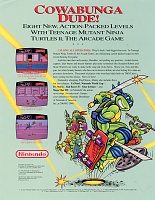 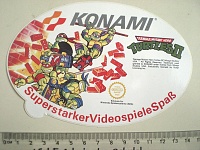 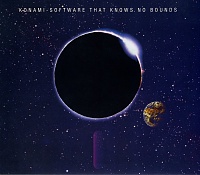 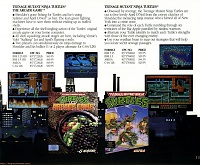